DSWD emphasized that all funds provided to the Financial Service Providers (FSPs) are all accounted for and that there are no “missing” funds. All aid distributed is supported by liquidation reports.

“Say no to illegal drugs and help the country be drug free.” This is the call of the Department of Social Welfare and Development (DSWD) as it enjoins the nation to unite with the global community in the observance of the International Day Against Illegal Drugs and Illicit Trafficking (IDADAIT) with theme “Share Facts on continue reading : DSWD enjoins the nation to say no to drugs

The Department of Social Welfare and Development (DSWD), through its Field Office IV-A, partners with Unilever Philippines, Inc. for the improvement of the general nutrition of members of household-beneficiaries of the Pantawid Pamilyang Pilipino Program in the region. Both parties signed a Memorandum of Agreement last May 18, 2021 to formalize the partnership. With more continue reading : Unilever, DSWD partner for the promotion of health and nutrition among 4Ps households The local government of Catanauan represented by Mayor Ramon Orfanel, and the Department, represented by Field Office IV-A Dir. Marcelo Nicomedes Castillo, signed the MOA which formalizes the LGU’s spearheading of the implementation of the SHIELD Against Child Labor program as a means to address child labor issues in the locality. 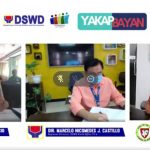 After a series of Memorandum of Agreement signing ceremonies, a total of 10 local government units (LGUs) in the provinces of Laguna, Batangas and Quezon are now partners of the Department of Social Welfare and Development (DSWD) in responding to recovering persons who used drugs (RPWUDs). under the Yakap Bayan program. 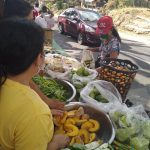 When the beneficiaries of the Pantawid Pamilyang Pilipino Program in Brgy. Tulay Silangan in Maragondon, Cavite Province received cash assistance as among those affected by the enhanced community quarantine (ECQ) in the NCR+ bubble, they contributed a hundred pesos to start a community pantry.